Cities most searched
Hue, Vietnam
Paris, France
Cergy, France
Seattle, United State
Da Nang, Vietnam
Events most people interested in
Normal Doesn’t Exist: Developing Our Perspectives, Power, and Socialization
Stepping into Year 11 2021 at SCAS
4 Life At Home
You are a Needer?
You have a source of activities?
You are a Doer?
You wanna create a better community by yourself?
You are a Linker?
You wanna take part in a life-changing community?
2.115.000

Total minutes for the Planet 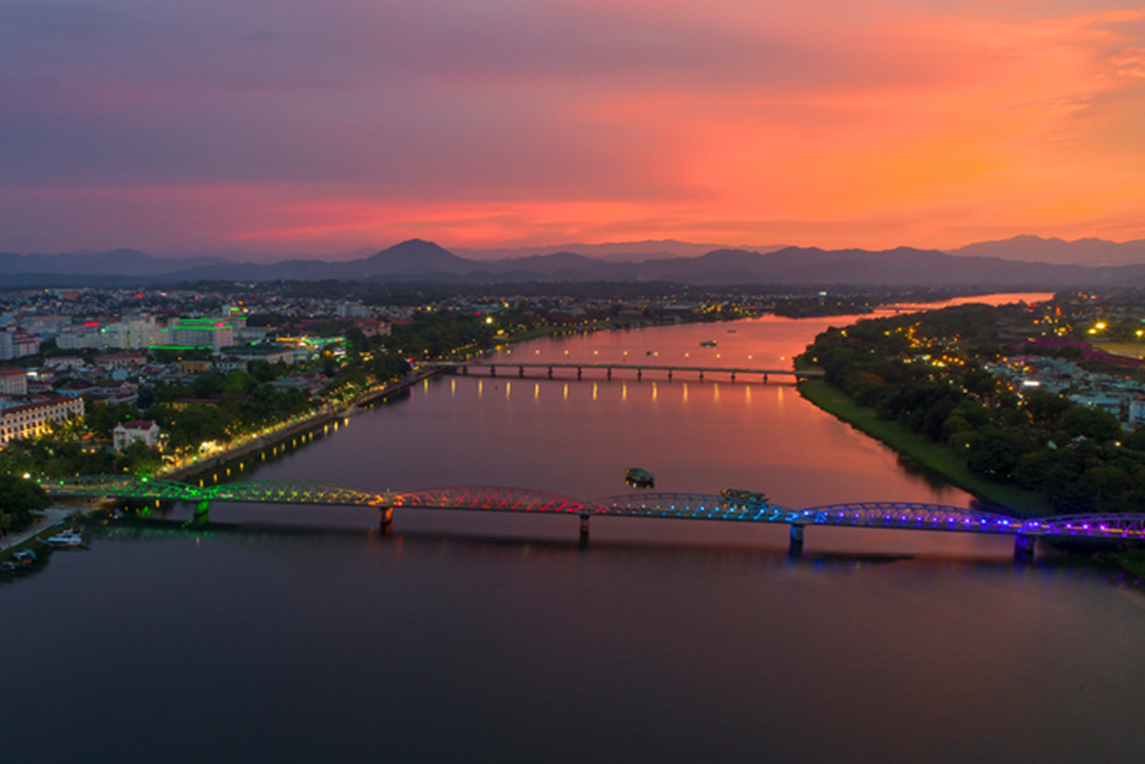 Without doubt, the biennial Hue Festival is one of the most awaited events of Hue, of the Central Region and of the whole Vietnam. Every time it comes, Hue Festival triggers a feeling of pride for Vietnamese, curiosity for foreign tourists, and excitement for both. 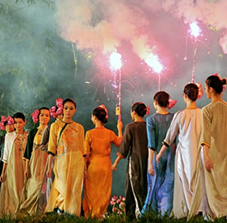 Festival 2020 has been moved to 2021, adding to the long list of much anticipated event the year to come. Detailed dates will be announced in due time. Below is a series of concerts and key events planned during Hue Festival. 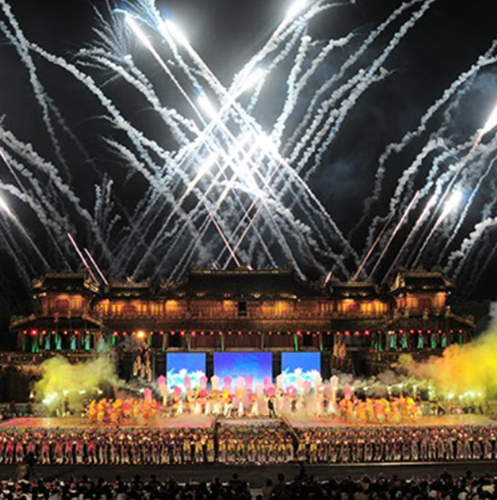 This is one of the core activities of Hue Festival. It is also expected to be one of the most splendid performances of this year festival with the participation of many art troupes from both Hue City and all over Vietnam.

In the past, Hue's opening night has been themed around Cultural Heritage Integration & Development, or “Thien Ha Thai Binh” concert, which voice Vietnamese' permanent desire to be independent and peaceful. The show leads audiences through numerous period of Vietnam’s history when boundaries of the nation were infringed, by transforming many heroic and legendary stories and poems into royal court singing language. 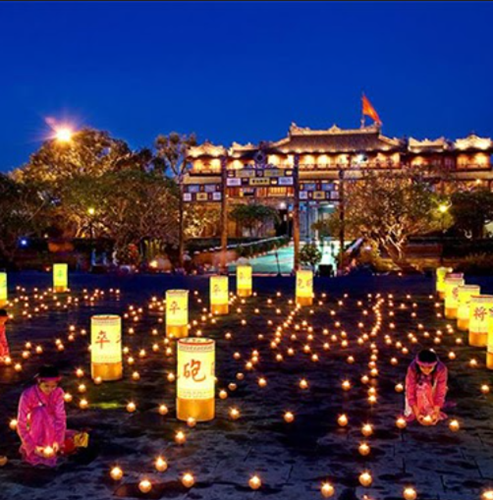 Drum is one of the most crucial instruments in Vietnamese culture, from the beginning to present, so the appearance of “Am Vang Hao Khi Viet” drum concert at Hue Festival is truly the highlight of this event.

The concert brings performances of 12 drum troupes from different regions of Vietnam to audiences, who will have chances to feel the heroic rhythm of different periods of Vietnam’s history, from the sounds of bronze drums of Hung King era, solid tones of “Cong” and “Chieng” in Central Highlands, to elegant sounds of drum on Cheo performances (traditional opera) in the North of Vietnam. They are harmonized together to become a mixture of drum music, creating a typical Vietnamese atmosphere.

This has been the core event of Hue Festival since the first one held in 2000. This year, activities on “the Royal Night” are performed on a large area around the Imperial Citadel, from Ngo Mon Gate to Co Ha Garden, with more diversity in types and interesting in content.

Included are a wide range of activities such as welcoming procedures, traditional dancing and singing

performances of not only the Vietnamese art team but also groups from other countries, royal games, royal meals, calligraphic and image exhibition. Moreover, new activities such as exhibition of traditional Hue via historical relics, “Maiden’s memory” or “Returning of princess” are added to the night for more fun.

The concert is held on Ngo Mon stage, honoring the work of Trinh Cong Son, a legendary Hue-born musician who contributed greatly to local arts and cultural life. In Vietnam, Trinh Cong Son is popularly known as an independent genre of music that can touch hearts and connect souls. 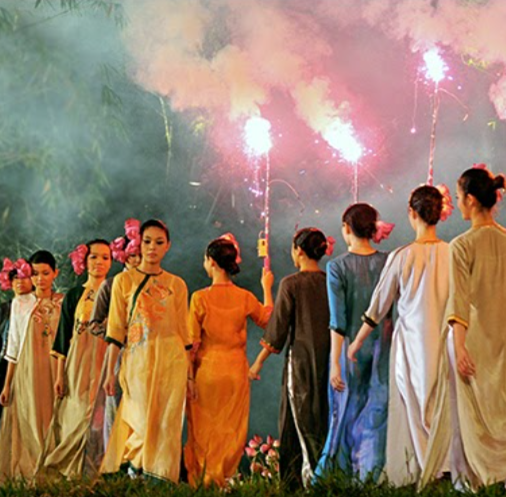 This is a colorful costume show featuring Ao Dai - Vietnam's traditional clothes from various streams. Audiences can experience watching elite outfits of different periods in the history of Vietnam. You will be pleasantly surprised to learn how varied Ao Dais are.

Street Festival, which is scheduled to take place on Hung Vuong, Le Loi, Nguyen Dinh chieu and Tran Hung Dao Street , is one of the most outstanding side events of Hue Festival.

The festival is truly a party of diverse music, dancing and street art performances which are performed by art troupes from not only Vietnam but also many other countries all over the world. Therefore, it is also an ideal place for all visitors who love to study about elites in both Eastern and Western culture. 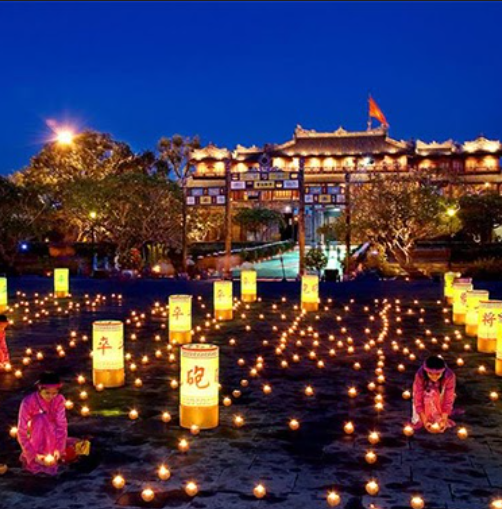 Get in touch
Follow us on our social media channels or write to us anytime, either for further clarifications about our events or to find out how to become a LinkPower partner.
Meet us at
The Gate Lounge & Lifestyle, Main Lobby, Ciputra Club, Hanoi, Vietnam 100000
General enquires
linkpower@gmail.com
Become member of LinkPower now to receive latest news & exclusive ticket offers.